We are pleased to announce the appointment of three new members to our Board of Trustees.

Justine Baynes, Philip Freedman and Nigel Howlett each bring a wide range of talents and experience, which they are looking forward to using to help give you the best experience during your time with The Pony Club. 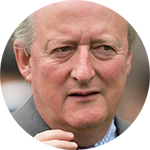 Philip Freedman, Chairman of the Horsemen’s Group since January 2013, is also a former Chairman of the Thoroughbred Breeders Association and BHA Tax Committee. He has been a Director of the British Horseracing Board, the Horserace Betting Levy Board and Jockey Club Estates, and a local steward at Sandown and Kempton Park. Philip is Managing Director of Cliveden Stud Ltd, which has eight broodmares boarding at Watership Down and Lofts Hall Studs, and most recently has had Horseplay, winner of the Lancashire Oaks, in training. He is also a bloodstock consultant to James Cowper LLC, the Newbury based accountants which has a long history of equine involvement. 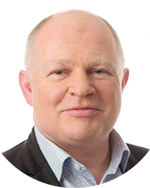 Nigel Howlett is a Chartered Accountant with 30 years’ experience at PricewaterhouseCoopers, the last 20 as a partner. He originally trained as an auditor and for 10 years audited a range of large (FTSE100) and mid-tier clients. He spent 10 years as a deals partner and founded the firms Structuring Services business. Subsequent roles included being the founder and leader of Commercial Innovation and Digital Private Business. In addition, he was executive chairman of Geotraceability Limited. He is due to retire from PwC in 2020. Outside of PwC, he has built up a mixed arable and livestock farm and is a non-executive director in Redgate Dairy Farm Ltd. He is a director and audit committee chair of The Global Sustainable Farmland Income Trust Plc and is chairman of his local parish council. 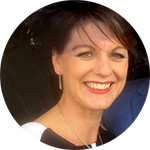 Justine Baynes is currently Director of Marketing & Communications for British Triathlon, having previously held the same role at SSAFA, the armed forces charity. She has a wide portfolio, with responsibility for marketing and communications, membership, IT and technology and data and insight. She began her professional life in the fast-paced world of advertising, moving into the charity and not-for-profit sector in 2012. A former Pony Club member herself, Justine's three daughters also spent many happy years as members of their local branch. The equine world still plays a huge part in her life as her eldest daughter is a keen eventer.

Justine said, “I am delighted to be joining the Pony Club as a trustee, as I believe that it is one of the most effective youth organisations in the world. Not only do I have a professional interest in this role, but I am a former Pony Club member and all three of my daughters spent many happy years as members. Over the last 90 years, the charity has positively impacted many hundreds of thousands, if not several millions of young people and I am incredibly excited to have the opportunity to play a part in that."

Marcus Capel, Chief Executive of The Pony Club, is delighted by the knowledge and experience of the applications they received. “It was so inspiring to see such high calibre applicants with a desire to make a difference for young people.

“Justine, Philip and Nigel will bring their different skills and perspectives to complement and strengthen the Board and I very much look forward to welcoming them as Trustees.

“It is an exciting time for The Pony Club, with some highly skilled additions to our committees and a renewed sense of change and drive for moving forward.”